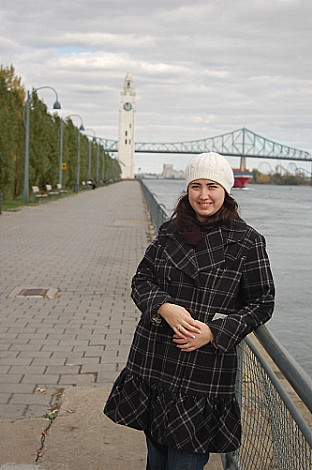 At a very young age, Corry Beth Vargo realized that she not only loved art class, but was also one of the most talented in the class. As time went on, teachers realized the talent she had as well and often showcased her work. In high school having two art classes per day was not enough, so Corry decided to attend Central Westmoreland Career and Technical Center for Commercial Art, along with her general studies at Yough High School. During that time, she was found many times on the high school Honor Roll and Director's List.


After graduating in 2001 with her diploma and certificate, Corry attended Westmoreland County Community College for multi-media with a particular interest in video production, while also taking courses in photography and web design. After a productive year of learning new skills and making new friends, Corry found a new love - photography. Even though she wouldn't be earning her Associate's Degree in photography for a few years yet, she always kept practicing her techniques to gradually build her portfolio.


After graduating from Westmoreland County Community College in the spring of 2004, Corry furthered her education by transferring to private school. Robert Morris University is just what Corry was looking for. Located 20 minutes outside of downtown Pittsburgh, RMU had a Media Arts program with a specialization in TV and video broadcasting. From there she had studied under professors like Tim Hadfield, Todd Scalise, Melissa Martin, Carolina Loyloa-Garcia, Tony Bubba, and Lutz Bacher. Corry also worked for three out of the four semesters as a resident assistant on campus and was responsible for over 70-college students safety and well-being. In February of 2006, after three great semesters of making friends and creating eye-catching videos and art pieces, Corry learned of an opportunity through the Documentary Center for Production and Study. The Center was choosing several students for a study abroad trip to Valparaso, Chile to create a documentary and she decided to apply. Along with being chosen for the trip, Corry was also the only person from the Media Arts Department to be nominated and win the Academic Achievement Award, earned the Dean's Scholar Award, received Resident Assistant of the Month, and was inducted in the Alpha Chi Honor Society.

Today Corry lives at home with her husband, son, and two cats. She is a professional photographer and teacher who is always looking for new ways to learn about her passion. Corry specializes in location family and high school senior portraits. She also enjoys wedding, children, and new born photography. In 2014 she decided to rebrand herself as Lux Portrait Studios in hopes to less confuse her clients. "Videography will always have a special place in my heart but my passion lies with photography and working with young adults."
VideoCameraGirl Productions
Powered by ZENFOLIO User Agreement
Cancel
Continue